What does resilience mean for Nakuset, Director of Development and Philanthropy at Resilience Montreal?

What a treat to speak and connect with Nakuset from Resilience Montreal, during Mental Health Week. Her energy is generous and upbeat, and her smile is contagious over the phone. It’s immediately clear that she can move mountains with her enthusiasm, her dedication and, yes, her own resilience. As she thinks about the meaning of resilience for her organization, it becomes obvious that a quick definition cannot capture the depth of meaning. Resilience shapes itself as a path of endurance and relationship-building over the last 20 years. Resilience is also concrete daily actions that improve the wellbeing and mental health of homeless people, near Cabot Square in Montreal.

Daily actions
“Yesterday, we had haircuts outside for everyone,” she says. When she thinks about wellbeing, she automatically thinks first of homeless people, who are not welcomed in a salon or a spa for self-care. “They are in a crisis situation, a fight or flight mode, all the time. Resilience Montreal is a space that is designed for their wellbeing.” The team from Architectes Sans Frontières specifically selected colours that inspire calmness when they created their current space. “They did such a wonderful job, that people would walk in thinking it was a high-end café.”

The current space was thought out with Indigenous culture at its heart, and making a place where you feel automatically better as you step in. There is a medicine wheel painted on the wall and a Wampum belt. “The whole idea is to give a space to lift people up, and feel at home.” 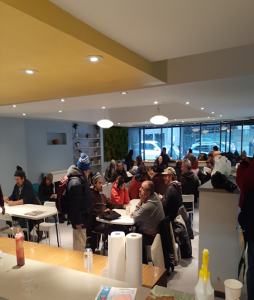 dollars from the Quebec government, and matched by the federal government, to purchase a building and it also received contributions from foundations to increase the impact of their operations.

Architectes Sans Frontières has been consulting the Resilience Montreal community for inspiration for the next building, which will hopefully be opening in April 2022. “It’s exciting what we are doing!”

The architects reached out to First Nations and Inuit people involved in the design process and did a consultation with members of the Resilience Montreal community. “What do you want to see in this new space? What can make you feel like it’s your home? What does home look like for you?” This collaboration builds up on the success of the past space, and makes people feel included in the process. Nakuset sees how it brings them collective dignity and a sense of self-worth.

Different wellness activities have been made available in the past including: yoga, tai chi, reflexology sessions or haircuts. Nakuset wants to build on this: “It’s impossible to have a manicure or a pedicure if you are homeless: you just cannot have access to that. We will consult them and find out what kind of services they would like. It’s all about balancing between getting the basics and all of the extra, if they want.” The v 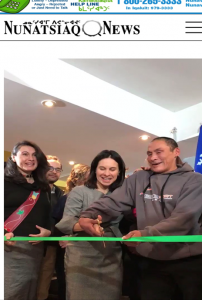 ision is to have a wellness centre that feels like a spa. They also envision a dedicated space for private consultations, be it for mental health or housing information.

Essentials to higher needs
Resilience also means offering concrete services on a daily basis, from essential to higher needs, without imposing these on anyone. Resilience Montreal offers three hot meals per day, access to a shower and clothes. The sp

ace also provides thematic days where outside organizations are invited to give information about housing options, health services or youth protection information.

Throughout COVID-19, Resilience Montreal has operated outdoors and continued to provide food and clothes in the heated tent in Cabot Square. The building is now accessible to the community, and a vaccination operation has recently begun there. The pandemic has exacerbated mental health issues, and Resilience Montreal hopes to have a staff member dedicated to mental health intervention integrated in their team.

The institutional partnership, for which Nakuset worked for the Native Women’s Shelter, has been established over the years with the City of Montreal, the police and youth protection services. That has enabled Resilience Montreal to build a bigger and longer term project.

For example, the police can take testimonies directly in their building — rather than in another part of the city — for sexual assault cases. It’s easier to provide these services in one familiar space with the support of staff. A psychologist also provides services once per week. These institutional and health services are important for long-term wellbeing, and Resilience Montreal plans on going even further when their new building opens next year. 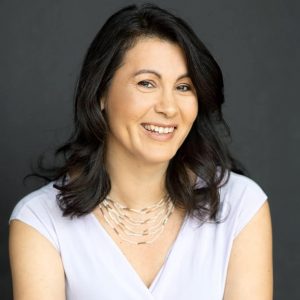 Nakuset is the Director of Development and Philanthropy for Resilience Montreal and is the Executive Director of the Native Women’s Shelter of Montreal. She is Cree from Lac la Ronge, Saskatchewan. She is dedicated to improving the lives of urban Indigenous people.