PLUS1 partners with live events to mobilize support for positive social change. Matching artists with impactful organizations, PLUS1 adds $1 to each ticket sold and gives away 100% of the money raised to the chosen causes. 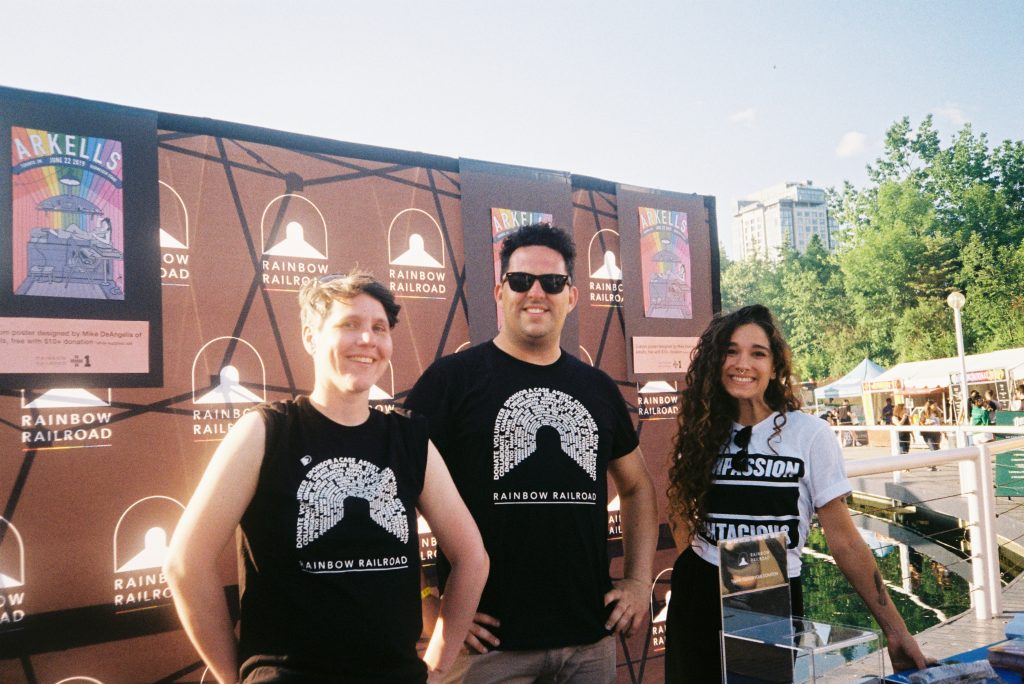 The mobilizing tagline for PLUS1 is “compassion is contagious.” The charity was founded by musician Marika Anthony-Shaw, who toured with Arcade Fire for almost a decade, participating in the band’s efforts to fundraise for Haiti in the wake of a devastating earthquake. She created PLUS1 to scale up the model — to make the “plus-one” approach as normal a part of touring as a PA system and bus. 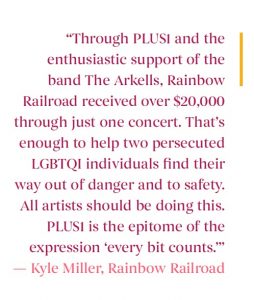 “PLUS1 doesn’t just mean ‘plus one dollar’ — it’s about bringing along another person, inviting them to be your ‘plus-one,'” says Marika Anthony-Shaw, PLUS1’s founder. “The Canadian band Arkells has been a really active example of this. They support Rainbow Railroad to help LGBTQI refugees and asylum seekers. The band members are personally engaged and fans have become part of that cause.”

PLUS1 strives to build momentum behind causes by acting as a connector, using cultural events as opportunities to go beyond traditional charity and build awareness of how issues intersect with each other — for example, immigration reform, criminal justice reform, conservation and the environment. By linking fans and bands to causes of local, national and international significance, and telling stories of positive transformation, PLUS1 is helping to create a burgeoning movement dedicated to systemic change.

“The lines between political work and culture work are going to become increasingly fuzzy. Our part is to raise awareness, not in a political way, but in a social impact way, asking the question: ‘How are we taking care of each other?’ Our society needs to raise the baseline for how we take care of each other.”
— Marika Anthony-Shaw

To find out more, visit plus1.org.

McConnell supported PLUS1 with a grant of $300K through the Social Innovation Fund.