Placemaking: What is it? 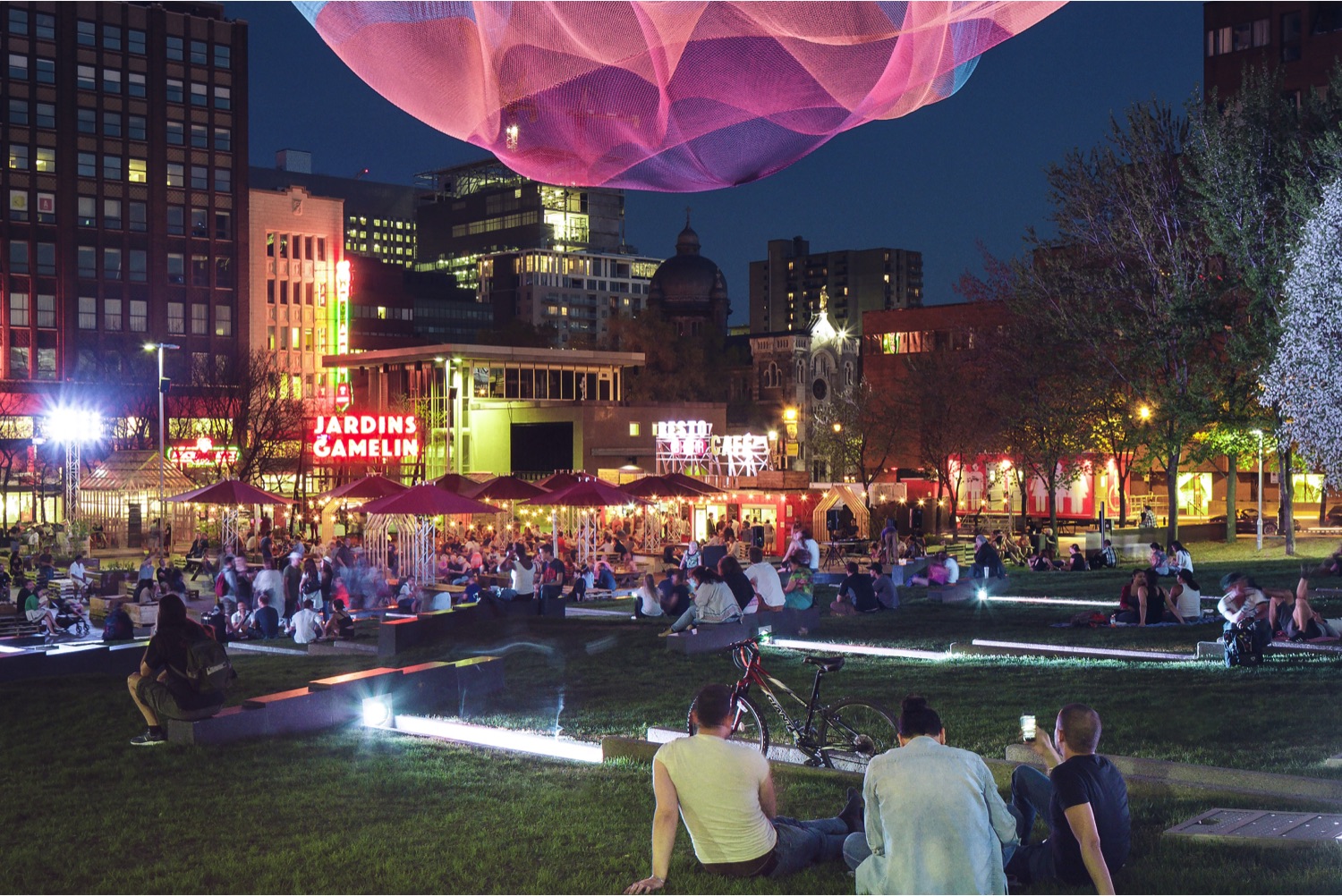 Ten years ago, if you walked along sections of the Toronto ravine system that follow the Don Valley, you’d have likely noticed an abandoned, 100-year-old brickworks, surrounded by an expanse of tangled brush and marshland. Today, thanks to the creative vision of the Evergreen Foundation, the support of three levels of government, and a host of public and private donors,  this long-neglected 40 acres has been transformed into a thriving community asset, replete with yes, brush and marshland, but also children’s gardens, hiking trails, a brick works transformed into gallery and conference space, a farmers’ market, outdoor classrooms, a LEED platinum-certified office complex, workshops, and a restaurant. Evergreen Brick Works is today a global showcase for ‘placemaking.’

With Vancouver hosting Placemaking Week, September 12 to 17, and numerous other activities and projects underway, the placemaking movement has never been more prominent in Canada. 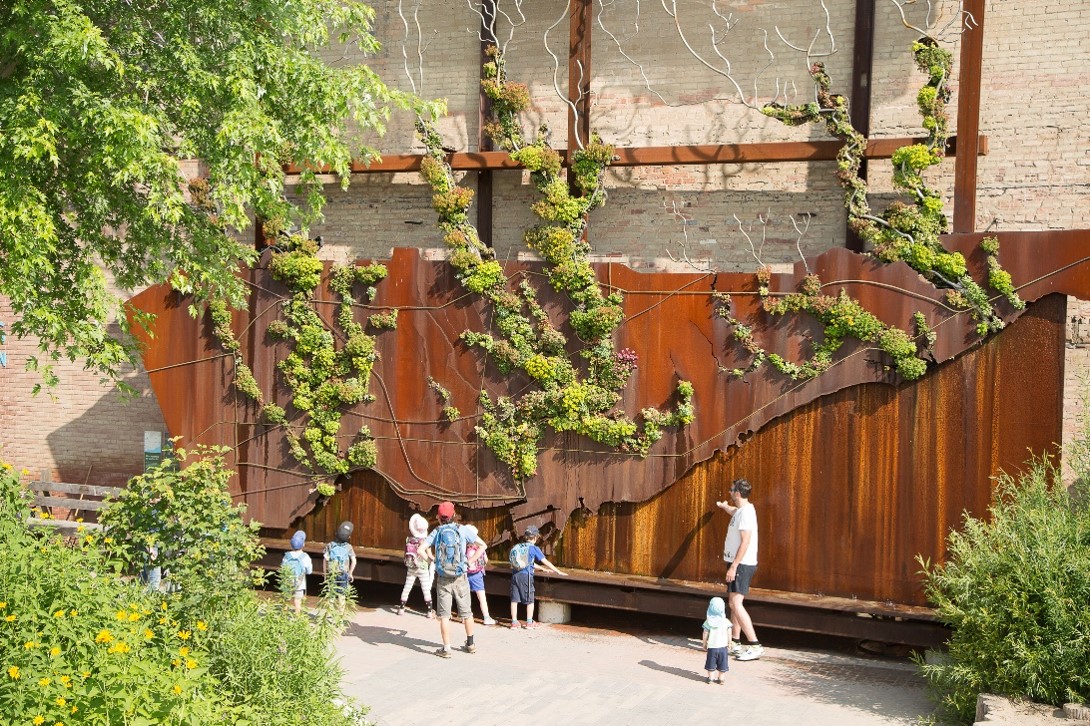 “Brick Works is a living laboratory now, an example of a large-scale public space that re-connects people to a civic asset that was underutilized,” says Robert Plitt, executive director of Evergreen’s CityWorks. Plitt has been involved in placemaking initiatives with Evergreen and Artscape for about 20 years, and helped to create Evergreen Brick Works along with hundreds of others who worked to realize a vision that made this place beautiful, useful and meaningful.

‘Placemaking begins with citizens working together to improve their local environment. More than just promoting better urban design, placemaking facilitates creative patterns of use, paying particular attention to the physical, cultural, and social identities that define a place and support its ongoing evolution. This inclusive process emphasizes the collaborative ‘making’ that builds local capacity and leadership to empower communities.’
– Co*Lab and Project for Public Spaces

Placemaking is about reimagining and repurposing buildings and spaces whose original purpose has become redundant or obsolete. The term was coined about 40 years ago by Fred Kent, founder of the Project for Public Spaces (PPS),  a New York-based nonprofit organization. Now it is coming into vogue in cities across the US and around the world. ‘Placemaking’ sounds elementary, but the making part involves high levels of civic engagement and social innovation, and the places themselves generate surprise and delight. 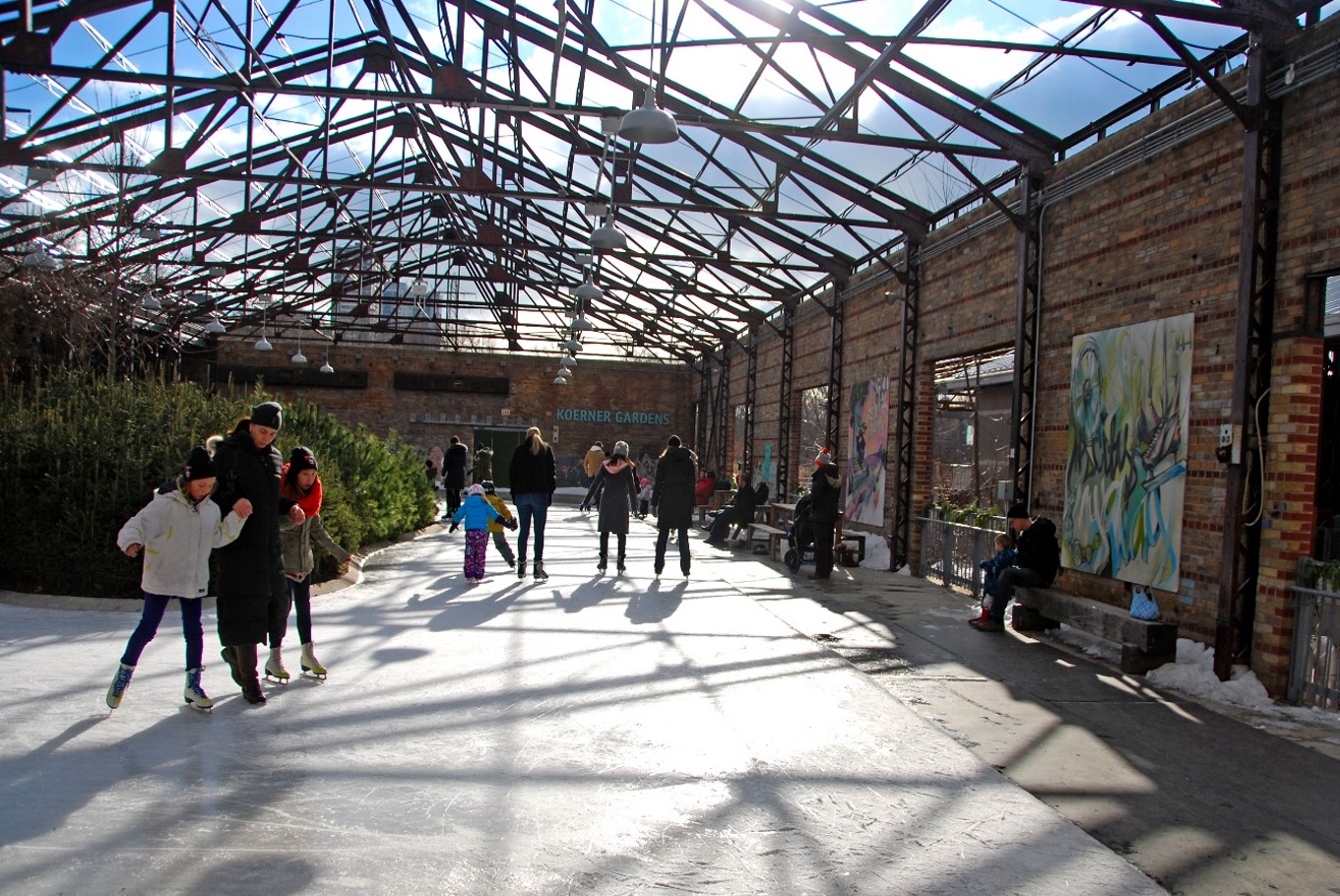 Placemaking is about public spaces. “It can be privately owned, but the place is accessible to anyone,” says Mary W. Rowe, Senior Fellow with both Evergreen and PPS. She also worked with Jane Jacobs, who wrote the influential book The Death and Life of Great American Cities (1961), which helped to create the concept of placemaking. “Part of what you’re seeing today is a broader definition of ‘shared space,’” Rowe explains. “As a city becomes more and more privatized – private housing, private clubs, private commercial activity – there’s a push to claim back aspects of the city that were once shared and publicly owned. You see that along waterfronts, on streets and with institutions that open their doors to the public.”

You also see it in Montreal. In winter, Village au Pied-du-Courant is a site for dumping snow near a six-lane boulevard. For five months in the summer, however, it transforms into a village beach and boardwalk used by 100,000 people for concerts, family events, festivals or simply relaxing, thanks to tons of sand and a contingent of community volunteers.

Public spaces like these encourage healthy, mixed-use, culturally diverse neighbourhoods and can sometimes raise larger issues, changing city policies and budgets along the way. “In these grassroots movements, people actually have the chance to change their alleyways, vacant lots and neighbourhoods, but also to make requests to the city to change big things and urbanism itself,” says Maxim Bragoli, co-founder of Pépinière & Co., which has helped to create Village au Pied-du-Courant and other placemaking initiatives. 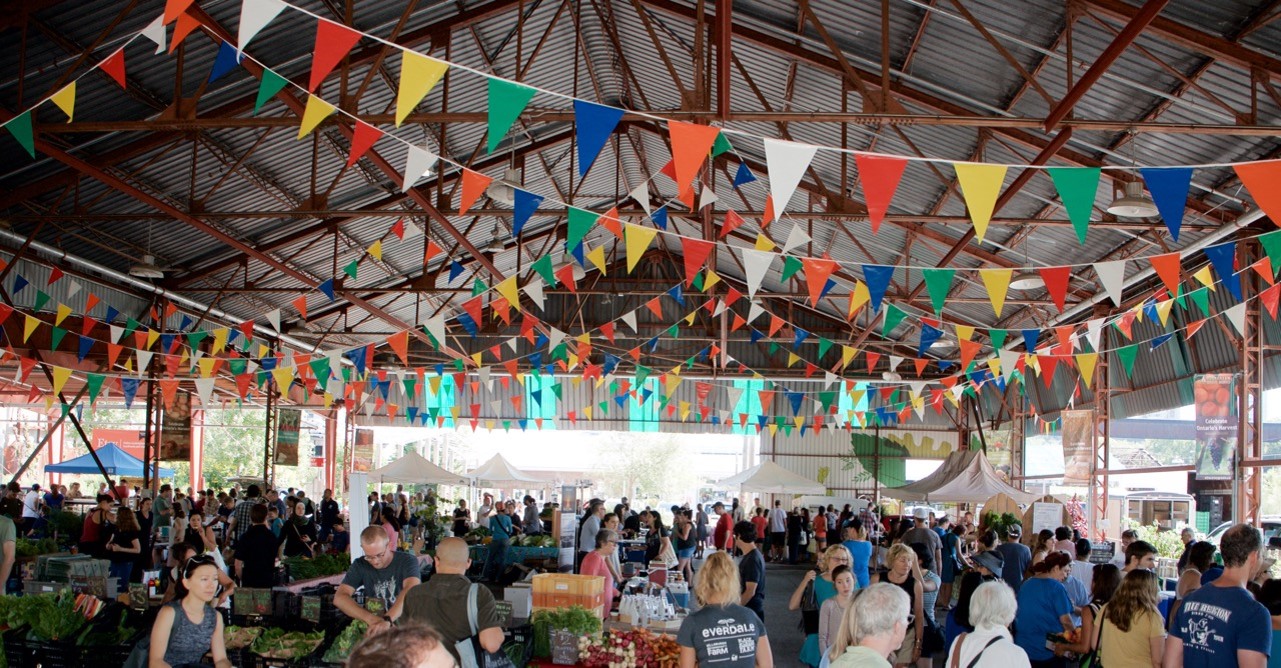 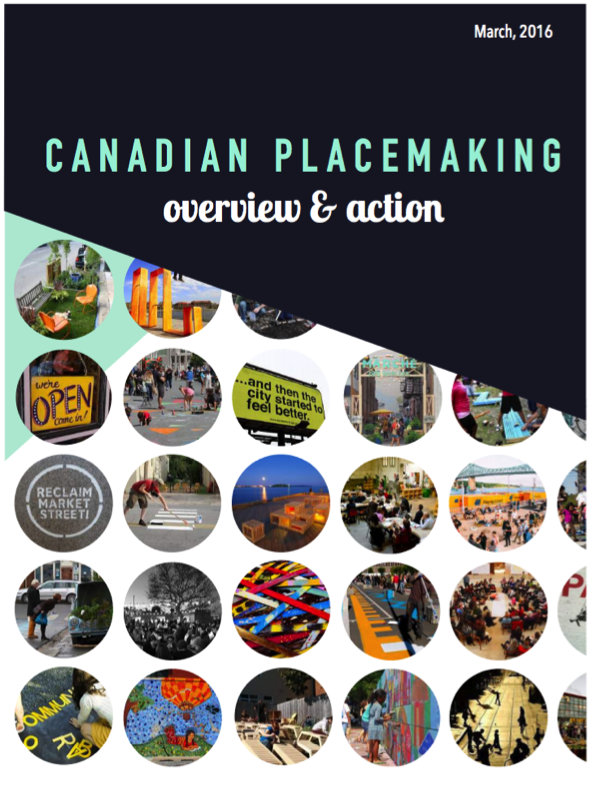 A recent report, “Canadian Placemaking: Overview and Action,” by Halifax-based Co*Lab, nails down this idea.  Citizens become more involved in their communities, guiding professionals and municipalities to make sure that places are affordable, equitable and vibrant.

The environment is another critical part of placemaking. Transportation and housing are created to be sustainable – to decrease carbon emissions, to create green spaces, to increase access to bike lanes, pedestrian-friendly spots and anything that makes a place healthy for people and the environment. Sophia Horwitz of Co*Lab  mentions a number of such green placemakers in Nova Scotia: Morris House (a 250 year-old wooden house that was saved from destruction and turned into a community project for youth);  Common Roots Urban Farm (a community garden and park in Halifax);  and a series of annual placemaking projects support by the city and community groups in various neighbourhoods in Halifax.

“We’re seeing placemaking pop up in new venues,” says Mary Rowe of PPS, which is organizing Placemaking Week in Vancouver, September 12-17. “We see it with the re-claiming of streets. Around the world, we’re using our streets in more imaginative ways. And our waterfronts, too. And many large institutions want to transform as well. They want to knock down the walls and be more accessible.”  The convening will focus on Canada’s place in the emerging global map of the future of the placemaking.

Recipients of placemaking grants from The J.W. McConnell Family Foundation include Co*Lab in Halifax; Evergreen Brick Works; Artscape in Vancouver and Toronto; and Pépinière & Co. and Ateliers créatifs in Montreal.