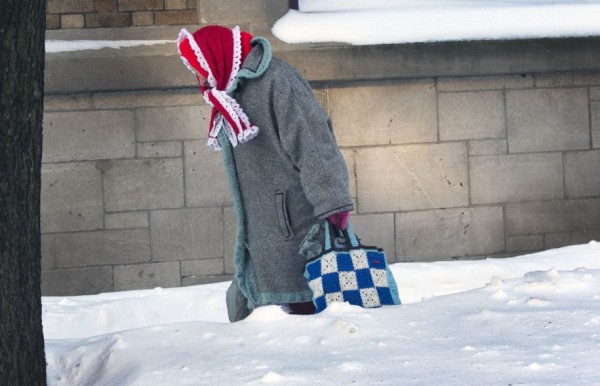 For the first time, Quebec foundations are coming together to voice their concerns and express the unease felt by the individuals, families, and communities they support.
At a time when many government programs are being re-evaluated and the tax system is subject to an in-depth review, we question the potential impacts these changes could have on society.
We are particularly concerned about their impact on social inequality, a growing phenomenon worldwide which has led to calls for vigilance by the most credible economic organizations and, increasingly, by recognized political leaders.

A criterion for judging the reforms

We would like to constructively participate in the debate by inviting the Quebec government to consider our concerns and to fully measure the impact of its reform plans on citizens and communities.
It is, of course, necessary to manage public finances responsibly. It is equally important to ensure that public services are effective and that they achieve their goals, which is why they must be reviewed periodically.
We urge the government to guide its policy choices by the effects they have on social inequality, while responsibly managing public funds. We propose that the government adopt as one of the criteria for judging the merits of a particular reform that it reduces inequality or, at least, that it does not further increase it.

A more egalitarian society: a benefit to everyone

Quebec is the most egalitarian society in North America. This enviable situation is the result of our collective choices and is a significant economic and social asset. Inequality harms the economy, society and democracy, as experts from around the world have proven, and as we have seen through our day-to-day grassroots work throughout Quebec.
When inequality increases, there is a growing divide between citizens. Like the links in a chain that stretch and break, the links between members of a society also break, and the entire community suffers. Social issues worsen and pressure on public and community services increases, causing costs to rise. Everyone loses.
In the most inegalitarian countries, crime is higher and life expectancy is lower than elsewhere. Conversely, the most egalitarian countries are among the most economically prosperous and powerful countries in the world.
Over the years, Quebec has developed the means to reduce inequality through taxation, education, health care and adequate social services. Investing in everyone’s potential allows everyone to contribute to the best of their abilities. When each individual can put their shoulder to the wheel, the economy and society are better for it.

Today it is no doubt time to see if the means we have chosen are still the most effective. But one thing that Quebecers will not call into question is the goal of being a society that gives everyone a chance. We believe that it is worth remembering this strong Quebec consensus illustrated by, among other things, the unanimous adoption by the National Assembly, in 2002, of the Act to Combat Poverty and Social Exclusion.
Despite such efforts, the level of inequality is greater in Quebec today than it was 30 years ago. We must therefore remain vigilant. The reforms will be more effective if they contribute to reducing inequality. This, we believe, is a winning proposition for all.
This statement has been signed by the directors of the Fondation Béati, the Fondation Berthiaume-Du Tremblay, the Foundation of the YMCAs of Québec, the Fondation Dufresne et Gauthier, the Lea Roback Foundation, the Lucie and André Chagnon Foundation, the Fondation Solstice, the Women’s Y Foundation and the J.W. McConnell Family Foundation.