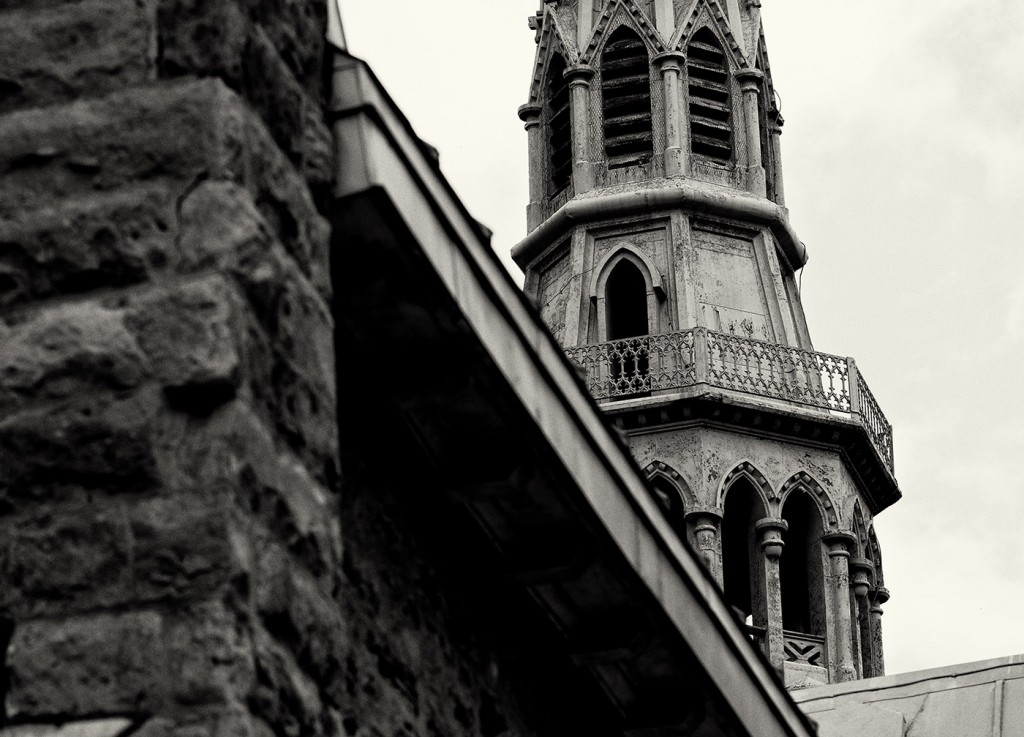 The line-up last month at Le Salon 1861 included the filming of TedX McGill, the “ Art x Business” discussion series, the Up Community Start-up Weekend, a St. Joseph’s Church Augmented Reality Project, the ProtoHack hackathon, and an annual local event called Le Gala des Victoires de la Petite-Bourgogne, celebrating children’s efforts in the Little Burgundy community.
…add to that a local Muslim prayer group, a restaurant celebrating local food, a morning rave, a zumba event and freelancers co-working in the Co-creation Lab…
Le Salon 1861 has transformed a lot since the BCorp real estate company Quo Vadis took it over from the Sulpicians. It is no longer a crumbling unattended church, but a bustling community hub, where unlikely bedfellows are part of an advisory board, where Muslim prayer groups, community sports organizations, academic institutions and new tech entrepreneurs all sit around the same table.
Quo Vadis’ president, Natalie Voland, wouldn’t have it any other way.
“The overwhelming feeling of awe you get when you walk in today is the same feeling I had when I first saw it four years ago,” says Natalie Voland, whose development company helped transform the building. “It’s my company’s smallest physical space, but it’s got my heart. I remember when I walked in, I said (inappropriately): ‘Oh my God! How can we save this church?’” 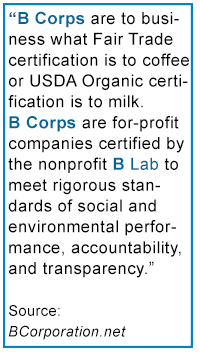 It wasn’t easy. In a neighbourhood increasingly threatened by gentrification, distrust of outsiders makes development projects challenging.
Little Burgundy is home to 58 ethnic groups and has the highest concentration of subsidized housing in North America. Sixty per cent of residents live under the poverty line. “Many kids here go to school hungry,” Voland explains.
When the Sulpicians put the church up for sale, they knew it was unlikely to have more than a wall or two restored, unless they found the right buyer.
The Sulpicians saw Voland’s integrity. Despite two higher offers for the property — both condo projects — they awarded the sale to Voland, trusting the building would be in good hands.
Little did they know she was headed straight into battle. A real estate developer taking over the church? Little Burgundy residents immediately became suspicious.
Officially, the project was communicated as a repurposing of St. Joseph’s to become an event hall, art gallery and restaurant.
That didn’t sit right with residents. One community member got busy and collected signatures for a referendum to try to stop Le Salon 1861 from opening, saying it would result in late-night noise, non-residents taking all the parking, and “more rich people turning their noses up at the locals.” 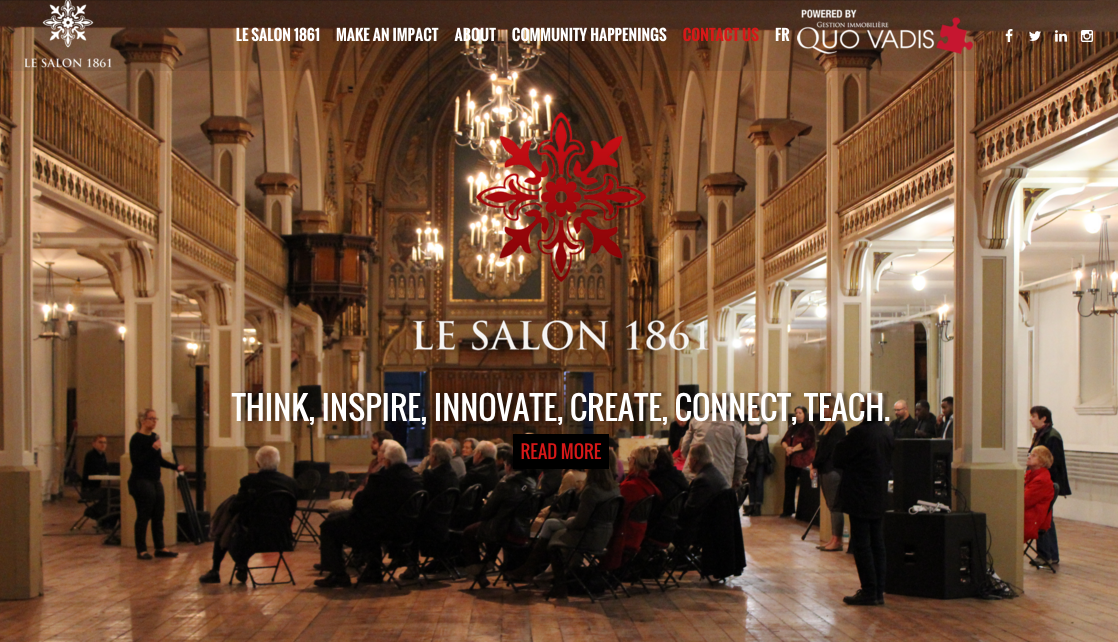 An active citizen and nearby resident, Nicole Vallières, explains that her neighbours are feeling the ripple effects of new development. She explains that nearby Notre Dame Street, a half-block from the church, is residential on one side and commercial on the other. It used to house quiet antique shops, but it is now filling up with restaurants and bars – and none of them are accessible to locals. They are expensive and posh.
“We feel like we have no say anymore. They block handicap transport pick-up zones because there’s nowhere to park, they laugh on the restaurant terrace until 3am so we can’t sleep. They screech away in sports cars. They have no respect for the community.”
Thus, the initial skepticism with Le Salon, a venue with a capacity of 600 people. “Everyone was angry when they heard about it,” says Vallières.
When she found out there was a public consultation on zoning for the church, she marched herself straight into city hall demanding a new date for community consultation, saying the neighbourhood had not been informed.
“At City Hall, they told me, Madame, there was an article in La Voix Populaire. I told them, we don’t receive that newspaper in Little Burgundy! You can only get that at City Hall and the library. You should have written a letter to the residents.” The residents surrounding the church are elderly and poor, she told them. Even email is a stretch. “We don’t all have Internet,” she says. “And not everyone is healthy enough to walk to the library to check email or get the newspaper.”
Natalie Voland approached Vallières. “She was pretty angry,” Voland says. Vallières wanted an answer to that famous question: “What’s in it for me?”
The ice was broken and a friendship formed. In that meeting, Voland and Vallières created a 20-member advisory board of residents. All members of the board are aware that Le Salon is profit-driven, but are proud of it being in their community, as there is truly a space for them there.
The advisory board includes mothers, priests, the Muslim community, social housing groups, the sports centre and the elementary school next door. “Now I consider some of these people some of my closest friends,” Natalie said.
Voland has been giving the community access to the space for events, and is purchasing two laptops to give locals easier access to the Internet. She is also discussing workshops for residents, to help them create their CVs, and have access to photocopying and more. They are also talking about having evening cafés, or membership privileges to use the space, for a small fee.
At the same time the co-creation lab is drawing freelance workers and small businesses. The beauty of the neo-Gothic space also draws the art community, and it has become an off-site space for McGill applied learning opportunities for students and researchers. Voland has found large corporations such as Videotron to sponsor start-ups and host events. 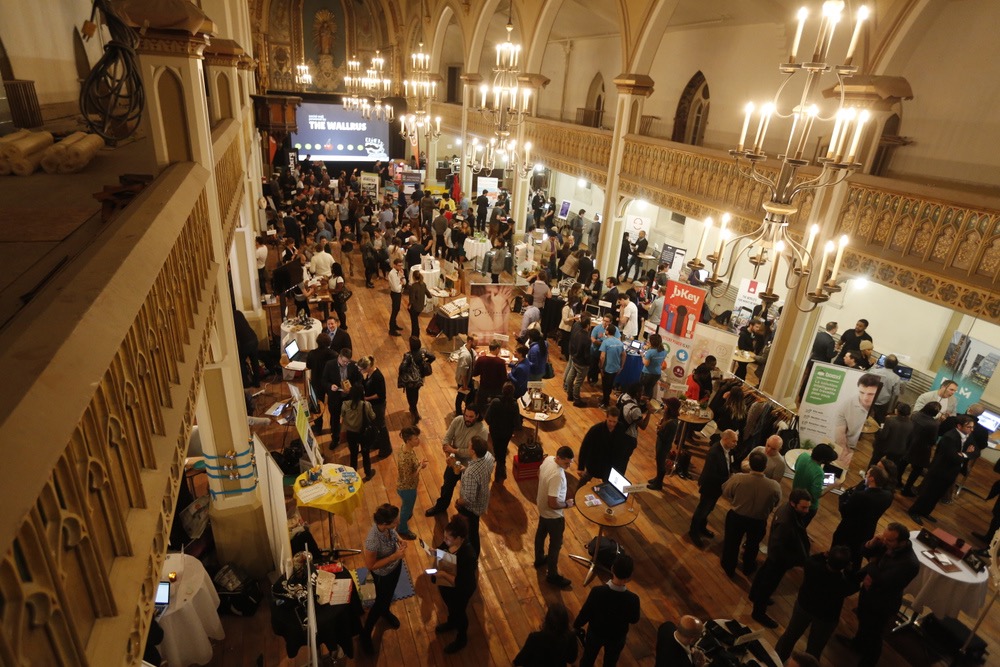 Bringing Together Shareholders and Stakeholders

Building ties that bind with the community has made everything about the space feel right. Jackson Joseph, coordinator of the Little Burgundy Sports Centre, and a resident in Little Burgundy for over 40 years, says he remembers those first meetings with the community. “They crucified Natalie to a point where I almost stood up and said ‘That’s enough!’ But I wanted to see how much that woman could take. I told her afterward, ‘I’m going to help you.’”
“She’s not money–hungry,” says Joseph. “I’ve never seen anyone like Natalie in the private sector. Natalie is one-of-a-kind.”
Joseph says Little Burgundy needs more socially conscious businesses and investment to save the community’s buildings and fuel economic development. He points to the Negro Community Centre that was demolished just last November 2014 – a major hub of activity during the jazz era in Montreal, housing a church, a community centre and dance classes. He used to spend a lot of time there as a kid.
“It got so decrepit and run-down, a child died crossing the barricade,” he said. They knew it was time for the condemned building to come down.
“We felt powerless then. With the church it could have been the same. Everyone wanted to save the church, but nobody knew how,” he says.
“We’re lucky she (Voland) chose our community. It could have been anywhere,” Rosemary Segee, a Little Burgundy resident and director of the Little Burgundy Tyndale St-Georges Community Centre said. “It’s the only business model of its type in Little Burgundy.”
“But I really think she’s created a blueprint for other communities.”