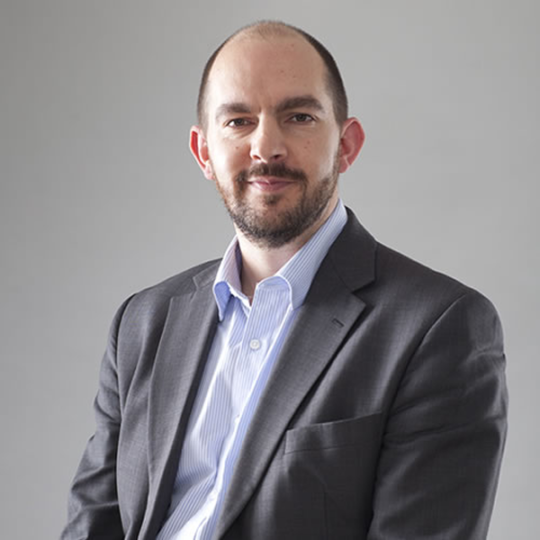 Tris Lumley is director of innovation & development at New Philanthropy Capital, London, UK. He leads NPC’s work on innovation, researching and developing innovative approaches, new models and new ventures to create significant, long-term contributions to the capability and capacity of the social sector.

Thinking back to when you were young, what did you want to be when you grew up?

Space-man, pilot, scientist, probably in that kind of chronology. I went to university to study physics, and then found out that it was a lot of boring lab work and that philosophy of science was a lot more fun.

Can you tell me what you became?

Sure, so from the history and philosophy of science — which is a fantastic degree but prepares one not very well, vocationally for the world, you’d think — I did what everyone does when they don’t know what they want to do, which is I went into management consulting.

I had three interesting years, learning a lot — then went into some dot-com kind of companies around 2000. I took a pause and spent a year teaching scuba diving in Thailand and Honduras, looking for a change of direction and found a change of direction in a strange hybrid organization which was saying, “We want to be rational about stuff in the social sector, we want to bring independent research and advice to philanthropy and to the work of non-profits, and we want to change the way that this sector works.” That’s where I’ve been for the last 13 years.

If we’re not changing the makeup of the people in the fields and the organizations involved, then we’re not really getting to empower the people who are supposed to be included.

How do you feel about the prospects of the world right now?

Our politics are failing all over the place. We’ve got Trump, we’ve got Brexit, we’ve got the rise of populism and nationalism. The divisions in our society are potentially becoming more exposed and more entrenched. The press doesn’t work, the media doesn’t work. That’s a pretty terrifying trajectory and we might be going in for a kind of a global Darwin award. At the same time, I think that creates a tremendous challenge and a tremendous opportunity for people who believe that it’s worth trying to change things. An emergency that forces us to think more radically and more collectively about what we’re doing.

I think it’s always hard to remember that things do change, and we’re just in the moment. Systems have been created by people. We have the power to create alternatives all the time.

What gives you the motivation to go and work on these little interventions in the face of these big problems?

When you connect with people who inspire you, and who bring you energy and understand what you’re trying to do, it feels like that is a movement rather than an isolated set of individuals. I find those kinds of connections incredibly energizing.

Is there a relationship between what social innovators do through their small experiments and a larger transformative project?

If social innovation as a movement is actually an increasingly gentrified and exclusive movement, then it cannot even be part of the answer. If we’re not changing the makeup of the people in the fields and the organizations involved, then we’re not really getting to empower the people who are supposed to be included.

For me, social innovation is certainly an intentional, purposeful attempt to create a better world, a better society, better communities and better outcomes for people through all sorts of different means.

There are lots of technical successes that we can have and there are things that we can prove and do. They can add up to something much bigger. But I think there’s a danger that we could at the same time be kidding ourselves. It might not really be about equity and social justice. In my bleakest moments, I think it could be about nice middle class folk feeling that we’re doing something worthwhile.

What about in your more hopeful moments?

Those are my hopeful moments! No… I think that actually through the things that we do and by being inclusive— if you can combine the kind of the values and the principles of what we’re doing with the technical aspects of what we’re trying to prove and change — then we can make a difference. At the moment I am developing pooled crowdfunds to invest in technology within the social sector, and doing that from a fundamentally user-centered perspective and really understanding people’s lives. There will be lots of times at which there will be an easy option, which will not be as inclusive. So I think there are opportunities for us to put our values and principles into the work that we’re doing more and more. We make choices about that each and every day.

Not yet. It could be.

It would add up to something that starts to impinge on the really big challenges and political shifts that we’ve seen over the last few years, and the ways in which social justice has been threatened by many of those political changes. We should aspire to be engaged in the biggest systems, and in the politics, to be to make a change at that level.

What is social innovation?

It was someone much wiser than me who said, “Look, let’s put the definitions to one side and let’s get on with what we’re doing and let’s connect around the things that we’re doing.” For me, social innovation is certainly an intentional, purposeful attempt to create a better world, a better society, better communities and better outcomes for people through all sorts of different means. It can be through bringing data to the work that we do; it can be through creating connections between the private sector and the social sector and the public sector; it can be by creating new models for people to be in charge of — to be empowered— in participatory, groundbreaking work; it can be anything and everything. I think the means are less important than the purpose. It’s a community of practice that self-defines itself because it’s interested in connecting around this shared purpose.