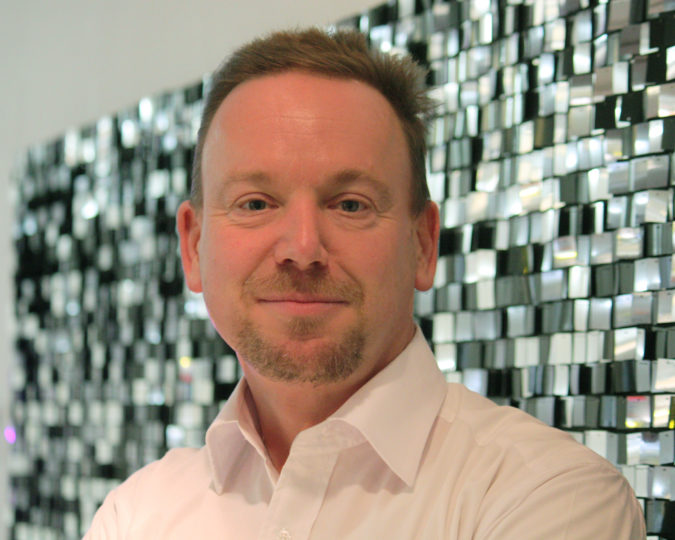 Geoff Mulgan is Chief Executive of Nesta in the United Kingdom, an innovation foundation that uses knowledge, networks, funding and skills to back new ideas that tackle big challenges.

What got you into this work?

I was brought up in a family that was active in social and political matters. As a teenager, I became very much a political activist — working on unemployment and racism — and was also involved to a fair degree in social questions like homelessness. I was lucky having the parents I did. My mother thought you shouldn’t be a bystander in the world you’re living in. You should try to be part of the solution.

In terms of getting directly involved in social innovation, my career has oscillated between quite a lot of things, working bottom-up: grassroots organizations, setting up social enterprises, campaigns, community projects. And then another half looking top-down:  working in government, working for ministers and prime ministers in a few countries.

It’s about trying to develop creative solutions to those problems but also working to put those ideas into practice — the old saying: most change is 1% inspiration, 99% perspiration.

Since I’ve grown older, I’ve tried to link the bottom-up and the top-down together, to see how you can achieve more effective social change.

When I was young, most of the time I probably wanted to be an airline pilot, or fly a spaceship to the moon or Mars, but I didn’t get very far with that.

Today, would you call yourself a social innovator? Is this what you’d consider your identity to be?

I have a pretty confused identity, to be honest. Some of my life I’m a manager, some of my life, I’m a writer — I write books, I’m an academic — and sometimes I’m more involved in social entrepreneurship, creating organizations. Like many people in this space, I probably have a different identity different days of the week. Sometimes this leads to confusion and chaos, but during a good period, the different parts of my identity challenge and cross-pollinate each other.

What does it mean to be a social innovator?

Being a social innovator means spending a certain proportion of your life trying to co-create better ideas — helping reduce unemployment, or helping address the issue of elder isolation or carbon emissions. It’s about trying to develop creative solutions to those problems but also working to put those ideas into practice — the old saying: most change is 1% inspiration, 99% perspiration.  It’s quite easy to have ideas; it’s much harder to make those ideas work in the real world.

In your experience with the social innovation movement, is there something that’s culturally unique about it?

What’s fascinating about the growth of the social innovation movement across the world is how it’s taken somewhat different forms that have cross-pollinated. So, for example, in a country like Bangladesh, there are phenomenally strong NGOs like BRAC and Grameen that have done social innovation at scale, but in ways which very much reflect Bengali culture. At the other end of the world, in countries like Brazil, you have completely different urban social innovations, often linking social action with culture and music in ways which would be unimaginable elsewhere. In Europe, you have the social innovation of countries with strong, developed welfare states and quite active governments, like a Finland or a Sweden, or the Netherlands — very different from what social innovation means in, let’s say, Greece or parts of Italy or Spain where it’s often being built up as an alternative to a state, which hasn’t managed to do very much at all. In the US, they tend to be very much individualistic, cultural social innovations with an emphasis on the heroic leader or social entrepreneur solving problems, whereas in a country like China, there is much more emphasis on the team, on the community. For all of those huge differences, what’s fascinating is that the practitioners find it easy to talk to each other, to share experiences, and find it empowering to learn from each other, to adapt models from one place to another.

How do you see social innovation fitting into a larger social transformation project?

One of the fascinating issues for the next five or 10 years is the political dimension of social innovation. It needs to offer a vision of the future of society which can make the most of the brain power, potential, the capacity of its citizens in a way that shows what democracy should be — not just voting every four years for someone to rule over you.  People should be empowered to make and shape and create their own lives and their own society.

Do you have a specific story that proves the potential for social innovation?

I’ll tell you one story which is both a positive and a negative story. As a teenager, I used to often volunteer in a soup kitchen for the homeless. A few years later, working in government, I was trying to resolve the problem of people sleeping on the streets of cities like London, Manchester and Birmingham, and at that point, there were thousands of people every night out on the streets, with the rich walking over them — stepping over them on their way to the opera, as one minister famously commented. And I think many people saw this as completely unacceptable in our society.

When we looked at the problem in detail, it turned out that some of the people who thought they were dealing with the problem, weren’t. There were lots of charities providing shelter and soup kitchens and so on, but those were dealing with the symptoms, not the causes.  Often, the reasons people were on the streets when you talked to them — it was family-related, alcohol, drugs, mental health problems. We tried to design a very different, innovative approach to our system which dealt with the causes, as well as helping people get off the streets, not just into shelter, but also into a job or training, or a circle of care. We put that into effect. At the same time, we brought in more systematic measurements of how many people were on the streets. We set a target of reducing the numbers by two-thirds within three years. We achieved that within two years, and the numbers came down about 80-90%, depending on your measure.

I was very influenced by my mentor Michael Young who believed in creating institutions; he thought that if you created institutions you could embed a new way of working over much longer periods of time.

That was a good story.

The more depressing story is that in the last five years, much of that has gone into reverse because a lot of that story was forgotten by government. A lot more people are coming out onto the streets, and into hardship and destitution.

Is there anything that you want to set the record straight about what social innovation is or isn’t?

Social innovation is slightly broad and loose term by nature. So is innovation. I think the only times things go wrong is when people see it through too narrow a lens. Everything is about the individual social entrepreneur changing the world single-handedly. That was never going to be a realistic account of how the world works.

We see, in other cases, some corporations take the language of social innovation but just as a spray-on to fairly traditional corporate social responsibility. We’ll see some governments do the same, adopt the label but not adopt its spirit, and, in particular, its spirit of partnership with citizen — rather than doing things to or for citizens.

I was very influenced by my mentor Michael Young who believed in creating institutions; he thought that if you created institutions you could embed a new way of working over much longer periods of time. He created things like the Open University, which for the 40 last years has been one of the world’s leading distant learning bodies with millions of students sparking equivalents in India or China with tens of millions of students. But that could only happen because it had a permanent institutional space.

Some of the most powerful movements for change have taken on solid form in an organization which then embodies that change, becomes a magnet for money, and hope and energy and ideas.