Dawn Lavand, 33, does everything she can to make sure childbirth is a joyous occasion for Indigenous women. Working part time as a volunteer Indigenous doula in Winnipeg, she brings hand drums to maternity wards, where she fans women with eagle feathers, braids their hair and sings—all the while keeping an eye on their medical charts. Admittedly, it isn’t always so festive. Lavand, still traumatized by her own experience giving birth, reports that rural Indigenous women are evacuated to have their babies in city hospitals, all alone. They can feel judged by nurses and, depending on their prior involvement with Child and Family Services, can also be terrified of losing their babies to child services.

“Birth work is the front line of reclaiming Indigenous communities and establishing healthy family connections,” said Lavand, one of the first twelve doulas trained in 2017 as part of the Manitoba Indigenous Doula Initiative (MIDI) to provide culturally inclusive support for expecting women and new mothers. 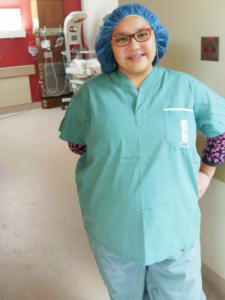 Lavand was taken into state care as a baby and she wants to stop the cycle—as does The Winnipeg Boldness Project, a not-for-profit that helped MIDI to prototype and pilot their Indigenous doula training curriculum. As part of their mandate to improve outcomes for families in the city’s North End, Winnipeg Boldness is driven to address the current child welfare crisis in Manitoba. More than 11,400 children are in Child and Family Services (CFS) in the province, where between 85% and 95% of those kids are Indigenous. Every year in Winnipeg, 400 newborns are apprehended—the term used by the Province of Manitoba to refer to the act of taking a child into care its care.

“One dollar invested early on will save you six dollars down the road,” says Diane Roussin, project director at The Winnipeg Boldness Project.

“The idea is to make babies thrive, not just survive. The mainstream science in early child development talks about brain science and toxic stress. If a pregnant woman is stressed by poverty, violence or any kind of unhealthy situation, it affects the unborn baby. It’s important to have mom supported in loving, positive ways so that her body creates the best chemicals for her baby.”

For Kathleen BlueSky, a co-founder and chairperson at MIDI, collaborating with Winnipeg Boldness was an important “first” and a radical new power dynamic: “Never before in my 16 years as an Indigenous advocate has anyone provided us with the resources to implement our own solutions—until [Winnipeg] Boldness. The doula program wasn’t designed elsewhere, and brought in. We designed it organically, and we didn’t have to change our approach to suit someone else’s criteria or guidelines.”

Winnipeg Boldness is an example of a social innovation initiative that is advancing new solutions to chronic problems by working closely with diverse stakeholders and end users. It is one of a growing number of institutions in Canada using research, data and social R&D to design, test and evaluate community-level interventions to effect systemic change. Other examples include the Community Safety Knowledge Alliance (CSKA) and the Canadian Observatory on Homelessness. Winnipeg Boldness and the doulas at MIDI strive to reverse the negative impact of colonization, starting in the womb—one baby at a time.

Doula Amber Ongenae wears her ceremony skirt when her clients give birth. The colourful garment is believed to gather the earth’s energy. Spritzing cedar water and holding an eagle whistle, she explains how the soft fontanelle on a baby’s head is a portal for the spirit world. She talks about the joy of holding a belly button ceremony and baby’s walking-out ceremony.

“It feels good to return ancestral knowledge to women,” says Ongenae.  “Taking back their power in the birth process is an important step to reclaiming our families.” 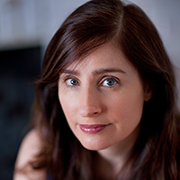 Joanne Latimer is an award-winning journalist and writer based in Montreal. Her work has appeared in The New York Times, The Globe and Mail, Maclean’s, EnRoute, The Irish Times, the Toronto Star, The National Post and The Montreal Gazette.