How sustainable is a new subway line?

Building or expanding subway, streetcar or bus networks in major cities can help reduce carbon emissions, but given that these projects cost millions — even billions — how do we know our investments are spent wisely?

Canadian researchers want to use an age-old idea, “the wisdom of crowds”, to develop a groundbreaking approach to assessing the the socio-economic and environmental sustainability of urban infrastructure projects. “It’s like the process of guessing the number of jelly beans in a jar, or guessing the weight of an ox – but you use the average of the guesses,” says Daniel Hoornweg, one of the main researchers, with the Faculty of Energy Systems and Nuclear Science, at the University of Ontario Institute of Technology.

The ‘ox’ he refers to is from a famous discovery in 1906, when a U.K scientist named Francis Galton noticed that people were guessing an ox’s weight at an agricultural fair. “Galton collected the 800 submissions and, amazingly, found that the average of the guesses was almost exactly right,” Hoornweg explains. It was a great discovery, and it led to many books (The Wisdom of Crowds and The Perfect Swarm).

Hoornweg and his colleagues, Mehdi Hosseini (a researcher also in the Faculty of Energy Systems and Nuclear Science) and Christopher Kennedy (chair of the civil engineering department at the University of Victoria) compare the “ox” to any large infrastructure project. In a recently published paper, they apply the idea to a process called Sustainability Cost Curves to show how large numbers of people — the public — can eventually provide input and numbers into projects for roads, public transit or other infrastructure.

The paper comes at a crucial time. Decades of research shows that sustainability issues are best tackled at the city level. Large urban centres account for much of the greenhouse gases released into the atmosphere: Montreal, Toronto and Vancouver account for more than half of Canada’s economy. Moreover, Canada has committed $180 billion to infrastructure funding for the next 12 years.

Hoornweg and his colleagues’ work focuses on cities. It builds on a new way of decision-making for sustainability — decisions that can address climate change, biodiversity loss and a host of socio-economic sustainability issues, such as youth opportunity, energy issues and access to basic services.

But first, we have to change our old ways of decision-making, he says. The old ways still marginalize sustainability issues and focus mainly on money and safety factors. “The practice of making infrastructure investment decisions based on cost-benefit analysis dates back to 1848, when Jules Dupuit determined the merits of a new bridge in Paris,” Hoornweg and his colleagues write in their recently released paper. “For 170 years, cost-benefit analyses, along with a factor of safety, have underpinned infrastructure decisions.” 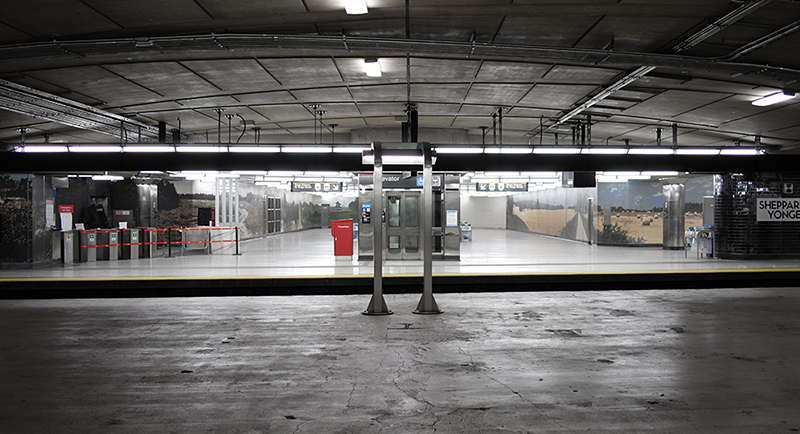 Those aren’t enough for modern cities working towards sustainable futures. “Whoever manages the details, manages the infrastructure,” Hoornweg says. He points to political biases in current failing infrastructure projects. “You see this in Toronto with the Scarborough subway and the Sheppard-line subway, poor pieces of infrastructure that have been driven by political priorities.” Sheppard was designed to be used by four times the number of people who are currently using it and so will not be sustainable financially and environmentally for the next 30 years. “Sheppard should have been a rapid-transit service on the surface, not a subway,” he says. The old way of doing things resulted in the wrong decision in that case.

The new way of doing things involves a process that motivates engineers and public-policy people to put a higher value on the many facets of sustainability, he says. It allows the public to input numbers for seven bio-physical sustainability factors (climate change, biodiversity loss, fresh-water use, land-use changes, nitrogen use, chemical pollution and urban resilience) and for seven socio-economic sustainability factors (youth opportunity, the local economy, energy access, connectivity, institutions, basic services, and security and public safety).

“Part of the challenge now is that if you want to assess the sustainability on a big, infrastructure project, you’d have to hire an engineering firm, and it may cost you well over $100,000,” Hoornweg explains.

The study uses these measures to provide sustainability estimates for Montreal, Toronto and Vancouver and 122 of the world’s largest cities (listed at www.city-sustainability.com). So far, rough assessments have highlighted a few differences between Canada’s three largest cities, including higher gross domestic product in Montreal; more employment in Vancouver; and more inequality and higher reliance on cars in Toronto.

The process is also inexpensive and therefore, more pragmatic. “Part of the challenge now is that if you want to assess the sustainability on a big, infrastructure project, you’d have to hire an engineering firm, and it may cost you well over $100,000,” Hoornweg explains. “Before you spend all that money, why not have a way of ground-truthing your proposals? When Toronto Mayor John Tory wanted to assess SmartTrack, the proposed transit link between Scarborough and Etobicoke via downtown, there was a quick and dirty way for someone in a university or somewhere to run the numbers and say, ‘That’s a good project.’”

But such an assessment was never conducted.

Adding sustainability factors to monetary and user-number factors create more realistic evaluations. In Montreal, for instance, the Pink Line, a proposed subway line, could provide significant sustainability potential. And the Pie-IX Bus Rapid Transit network, starting in 2022, will provide the most cost-effective sustainability out of all the public-transit projects in Montreal.

Similarly, Toronto would reap huge benefits environmentally and socially from the proposed 90-minute transfer, which would allow commuters to come and go on rapid transit for a maximum of 90 minutes, instead of forcing them to pay every time they return to a bus or train. “The 90-minute transfer provides the greatest degree of sustainability for lowest cost, while extension of Highway 407 provides the least,” writes Hoornweg and his colleagues.

These short assessments of huge projects give us valuable information at glance. They start a process that enables group estimates online and dynamic cost curves. The key is to increase and aggregate public input from diverse, independent individuals.

“Whoever manages the data, manages the world,” Hoornweg says. “It’s a bit like the Wizard of Oz. The wizard is behind the curtain. Our process hopes to open the curtain. It would be a start.” 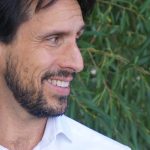