From food services to faculty, mobilizing the whole campus to solve social problems

This article was originally posted on the Academica Group website and has been cross-posted here with permission.

Challenges to social cohesion and community wellbeing are on the rise across the world, and governments at every level no longer have the resources they once did to address these challenges. As the forces of globalization squeeze public budgets, many postsecondary institutions also face growing pressure to justify their existence to the communities they serve. But within this challenging environment, Canada’s postsecondary leaders see an opportunity for their institutions to use their capacity and resources to address some of society’s most wicked problems.

For Simon Fraser University President Andrew Petter, the current challenge to community wellbeing stems from an urgent need for improved “social infrastructure,” or institutions and resources that serve the public good. Examples of social infrastructure include schools, hospitals, and libraries, in addition to all of the resources that they command. “There’s been a reduction in social infrastructure, and communities are becoming more strained,” says Petter. “This concern is accelerated by the fact that governments have less capacity fiscally than they used to. Where are communities to look in order to gain the support they need to create the connections that are necessary for healthy communities?”

What does social infrastructure look like in practice? Consider the on-campus food service provider, Diversity Food Services, a joint venture between the University of Winnipeg and SEED Winnipeg. This project creates jobs for new Canadians, Aboriginal people, community residents and University students  and provides nutritious, affordable and ethically-sourced food on campus. In doing so, Diversity Food Services activates the potential for the university’s existing food services infrastructure to be a tool in solving  wider social problems. It reduces carbon emissions and supports local agriculture by sourcing food from producers near Winnipeg when possible. The project also reduces precarious employment by creating high-quality jobs, benefitting both the university and the wider community.

The pressures created by governments’ declining fiscal resources have also been compounded by a decline in the traditional role that large private companies once played in their communities, notes Philip Landon, VP of governance and programs at Universities Canada. Landon refers to such companies as “anchor institutions,” which are highly resourced enterprises that bear a strong connection to their immediate communities through their mission, invested capital, or relationships to customers, employees, and vendors.

“Anchor institutions used to be giant factories or insurance firms,” says Landon, “but they’re becoming less invested in their local communities as they take on a more global perspective. Those trusted institutions are becoming fewer and fewer.” Landon adds that the decline of these enterprises is one of several factors that require postsecondary schools to step more fully into the role of anchor institution.

While it is true that all institutions face some level of pressure to justify their value to society at large, this pressure isn’t felt the same way by all. “Universities with a global reputation for research, for example, might not face the pressure to justify their existence as sharply as smaller regional institutions,” notes David Sylvester, Principal of King’s University College at Western University. “This isn’t to say that globally recognized schools don’t also engage in strong community relationships,” he adds, but “to put it in plain terms, every school that isn’t a Harvard is going to have to do more to demonstrate its relevance to the community.”

For Petter, Landon, and Sylvester, the pressures facing postsecondary schools and their surrounding communities inspire us to ask: how do institutions use their resources to address the most difficult challenges being faced by the communities they serve?

Postsecondary institutions across Canada have always played an important role in their surrounding communities, from fulfilling their core mission of teaching and research to building lasting, meaningful partnerships with community organizations.

“When we look to build Canada’s social infrastructure, it’s crucial that we acknowledge, highlight, and celebrate the efforts that are already going on in this area,” says Chad Lubelsky, director of the Re-Code program, an initiative of the McConnell Foundation that works to increase institutions’ ability to foster social wellbeing.

For Lubelsky, one of the most significant things that Canadian institutions can do to support social infrastructure is to acknowledge the important work already being done and to frame it in terms of a broader movement. This is why last year, Re-Code and Simon Fraser University commissioned a discussion paper titled, “Maximizing the Capacities of Advanced Education Institutions to Build Social Infrastructure for Canadian Communities.” The paper became an essential part of a roundtable dialogue of 19 university presidents that was held in Vancouver during the 2017 C2U Expo.

For some of Canada’s postsecondary leaders, the challenge of building social infrastructure might require nothing short of putting community engagement at the core of an institution’s mission. But doing so will require a school to make the case to its internal stakeholders that building social infrastructure benefits the institution as much as its surrounding community.

“Institutions have traditionally thought of community engagement as something we do off the side of our desks,” says Andrew Petter. “What we’re seeing now is a growing awareness among administration and faculty that this kind of engagement improves schools’ efficacy as teaching and research institutions.” It is through this kind of lens, Petter adds, that an institution can move beyond thinking of community engagement as a one-way service that the school provides, and to think of it as a mutually beneficial way of fulfilling of the mission of higher education.

“There are people involved who want to see the university turned completely upside down,” notes Philip Landon, “with the community being priority number one, knowledge creation being number two.” But the extent to which this sort of mission is pursued will vary by school and by department, he notes, as some fields of knowledge like social sciences traditionally have closer research-based ties to the community than others.

For Landon, a key aspect of the growing movement around social infrastructure is the way in which schools are taking a more holistic approach to incorporating this effort into their core mission. For example, Landon highlights how some schools have revised their procurement strategies in order to ensure that they do the greatest amount of social good with their purchasing decisions. These thoughts are echoed by Petter, who highlights SFU’s decision to provide on-campus food vending or construction contracts to local operators who themselves have a strong community-oriented mission.

Institutions are also becoming more aware of how they can mobilize every resource at their disposal (be it human, financial, infrastructure, etc.) to forge greater connections with their communities. As David Sylvester notes, an institution needs to be “all in” if it wishes to pursue a holistic approach to supporting social infrastructure. This approach might require annual reporting back to the community on what the school has accomplished in this regard. It might also require schools and faculties to work together to better recognize how this work fits into the progression of a faculty member’s career.

While it is not clear to what extent the mission of building social infrastructure will change higher ed in Canada, what is clear are the challenges facing many institutions and communities, and the mutual benefits that can be realized when these groups work together. In an age of globalization and squeezed government budgets, postsecondary institutions still have the resources and capacity to serve as anchor institutions that foster social wellbeing through employment, procurement, collaboration, and a multitude of other connections. With their expertise, resources, and capacity to think through complicated challenges, postsecondary institutions can both preserve and grow their already pivotal role in Canadian society. 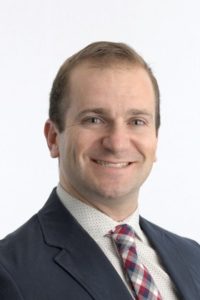 You may know Philip best as the managing editor of the Academica Top Ten, a daily Canadian higher ed news digest with over 27K subscribers. Through his work supporting Academica’s online content and proprietary research, Philip has become deeply invested in the top trends and developments impacting marketing and enrolment strategy in Canada’s higher ed landscape. You can find the Academica Top Ten on Twitter at @AcademicaTopTen.