Best practices and courses of action for philanthropy

Stephen Huddart is the President and CEO of the McConnell Foundation. On November 15, he gave the closing address for Sommet2017, a summit in Montreal hosted by Institut Mallet. The theme of this year’s summit was philanthropic culture at the heart of the city. (The following text has been translated from French.)

Welcome everyone. It is a pleasure to be here with you in Montreal, and I extend a heartfelt “thank you” to the Mallet Institute for having invited me to speak with you. In my opinion, Quebec philanthropy is taking a step forward with this conference.

The theme of this conference is my point of departure: the culture of philanthropy at the heart of the city.

Montreal just celebrated its 375th anniversary.  Last September, Denis Coderre and Ghislain Picard revealed a new flag for the city. A white pine was added to the old flag, the Great Tree of Peace that represents the role of First Nations in the history of Montreal. 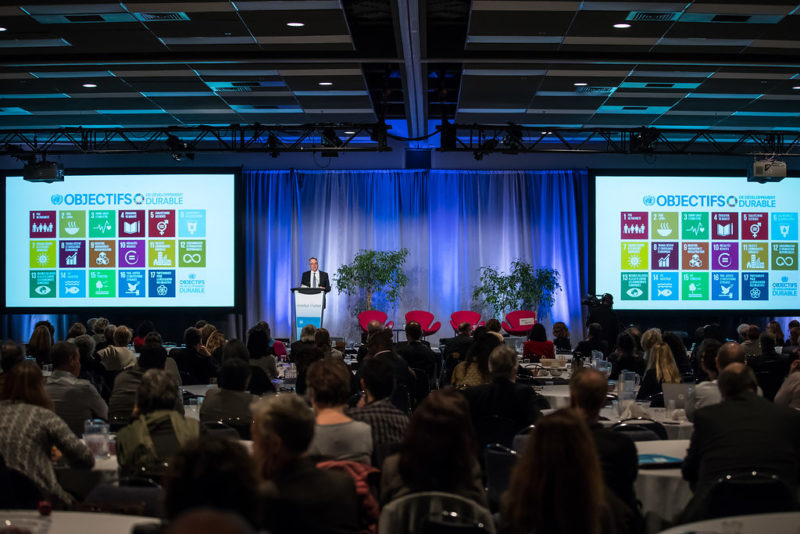 When Samuel de Champlain arrived at Tadoussac, he was welcomed by many First Nations. They helped him survive those early winters. This gesture represents the first philanthropic act in Quebec and in Canada. Almost one hundred years later, 40 First Nations from across eastern Canada came here to Montreal to solidify the Great Peace of 1701. As Yvan Gauthier pointed out, Montreal, the traditional unceded land of the Mohawk, benefitted from the strong culture of sharing of the Mohawk people. To this day, when Mohawks greet each other, they say: SKA NA GO WA NA.

Skanagowana means: “Is the Great Peace still in you?” The answer “Hah! Skanagowa” means “Yes, it still is!”

At the start of the conference, Mr. Jean M. Gagné pointed out that “Cities condense wealth and poverty.” Over the last two days we have heard about the key challenges faced by humanity: the growth of inequalities, the issues surrounding health, culture, education, social exclusion, and climate change. At this moment, where humanity must adapt to survive, cities represent a good starting point for innovation and adaptation.

… collaborations require a lot of patience and energy. It is often quicker to work independently. We have a saying: “Collaboration moves at the speed of trust.”

In this regard, Quebec is a society that has learned to place greater emphasis on the common good. As Yvon Charest mentions in the summit’s pamphlet, “The individualistic thinking currently in vogue may make us believe that our modern societies are able to function by themselves.” However, they are not.  With its strong social economy, Quebec understands well the importance of investing in our collective wellbeing. As the world moves towards the UN’s sustainable development goals as international development targets, Quebec is well placed to be a leader. So, what are the courses of action for the future? Here are three of them:

First course of action: Collaboration with communities and between sectors

The power of listening is at the heart of collaboration: to enter into the world of others in order to better understand their perspectives.

The researcher Sylvain Lefèvre mentioned yesterday that it has been two years since the United Way of Greater Montreal launched the Collective Impact Project, a partnership with seven foundations.  Together, this network of foundations has committed to investing $21 million over five years in order to measurably and significantly reduce the rate of poverty in several of Montreal’s underprivileged neighbourhoods, according to priorities identified and expressed by those communities.

Another excellent example of collaboration and support is the Listen Montreal project that Yvan Gauthier spoke about yesterday. Through an ethnographic approach, the Greater Montréal Foundation highlights the voices, views, and ambitions of our children. “One must deliver programmes with the community rather than in the community” Yvan reminded us.

Je Vois Montréal has also shown the power of cooperation between sectors and the importance of our private sector partners. Je vois Montréal lead to the creation of Je fais MTL, a permanent forum in the city of Montreal.

One last example of collaboration that I would like to highlight is the “Social Innovation Centre” that McConnell supports with the Saputo Foundation, among others. The SIC is a pan-Quebec organization whose mission is to eliminate the obstacles between an idea for positive social impact and its implementation. It is not a physical centre, but rather a program that travels from community to community with the goal of stimulating innovation in underprivileged neighbourhoods and eventually in remote municipalities.

These collaborations require a lot of patience and energy. It is often quicker to work independently. We have a saying: “Collaboration moves at the speed of trust.”

Investing in equality can be a good charitable gesture – it is also a sound investment in a viable, sustainable, and equitable future.

An important part of leadership is the exploration of our own values and habits. As Marcel Lauzière, Kevin McCort and Yvan Gauthier pointed out yesterday, the philanthropic community does not yet reflect the diversity of the communities that it serves. The population continues to diversify, and philanthropy must reflect that.

Second course of action: Financing change on a large scale

But between these two types of financing there is a gap – the capital necessary to improve our social systems. Investing in equality can be a good charitable gesture – it is also a sound investment in a viable, sustainable, and equitable future. A good example in Quebec is the development of the social economy, which offers disadvantaged individuals the opportunity to get out of poverty. Instead of imprisoning low-risk offenders, we must instead invest in training and reintegration. And above all, we must build more affordable housing, knowing that in the long term, it is less expensive than doing nothing at all. We must work to ensure the transition towards an economy that does not depend on fossil fuels. 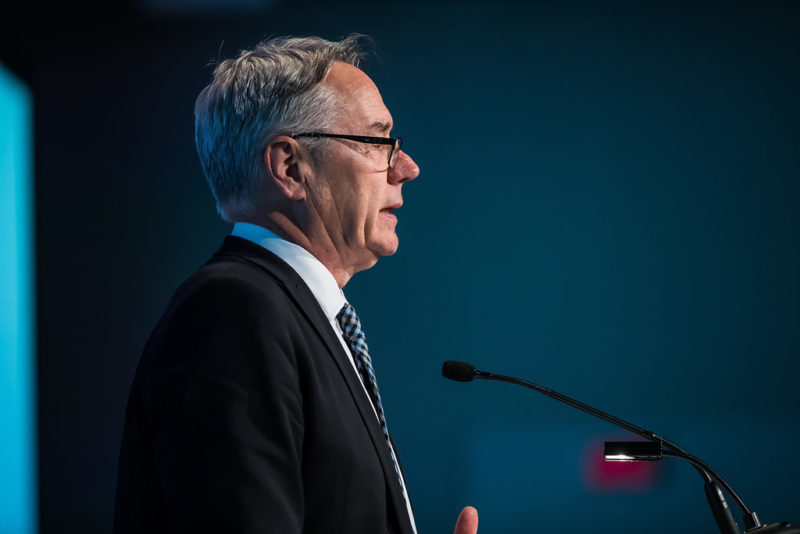 As Sylvain Lefèvre told us, foundations contribute only 2% of the revenues of non-profit organizations (NPOs). We must therefore look at the investment side of things, suggested Marcel Lauzère. Foundations have at their disposal an array of tools – loan guarantees, ethical funds, loans, etc. – to align their investments with their mission and thus expand their impact. These investments do not replace subsidies, but rather compliment
them.

Impact investments also act as a catalyst by attracting capital from public and private sectors. Foundations have a greater tolerance for social investment risk than private and public investors. Our grants represent risk capital that does not need to be repaid. We can also make program-related investments. If an investment linked to a program fails, the foundation’s loss can, under certain conditions, be considered a subsidy and contributes to the charitable disbursements quota.

An example of which we are proud is the Aboriginal Savings Corporation of Canada’s housing project. On the Huron-Wendat Nation reserve near Quebec City, the Savings Corporation gives access to loans at reasonable interest rates with the help of lenders and investors so that property owners can build, acquire, or renovate a family home. Access to capital has the effect of reducing a community’s or an individual’s feelings of dependence on the government, as well as stimulating local economic development. It is a real social innovation that is now ready to be shared with the rest of the country.

Third course of action: A new engagement with the government

Kevin McCort told us yesterday that many advocacy activities we might think of as prohibited are in fact charitable. It is important for organisations to continue advising the government. Foundations, for their part, must use their position of influence to support the work of the organisations with which they work, and maintain solidarity with them. Ariane Émond mentioned this morning the example of the letter in Le Devoir that urges the Quebec government to be more ambitious in the fight against poverty.

It is also important to collaborate with governments, who frequently work on a much larger scale than foundations. I would like to talk to you about the work of the co-creation steering committee of the social and financial innovation strategy. Last June, the federal government launched a group – of which I am a part – to establish a federal strategy on social and financial innovation. This strategy touches on six subjects: skills and capabilities, finance and capital, access to markets, regulatory environment, knowledge transfer and impact data, as well as engagement and awareness. I invite you all to participate by sharing your ideas, goals, and stories with the committee on the website. I have flyers available here at the front and others at the entryway.

To conclude, we are faced with enormous challenges, and we must give our best. Three courses of action for philanthropy: collaborate with communities and other local stakeholders, develop financing for scaling up, and engage with governments and acknowledge them as important levers for change.