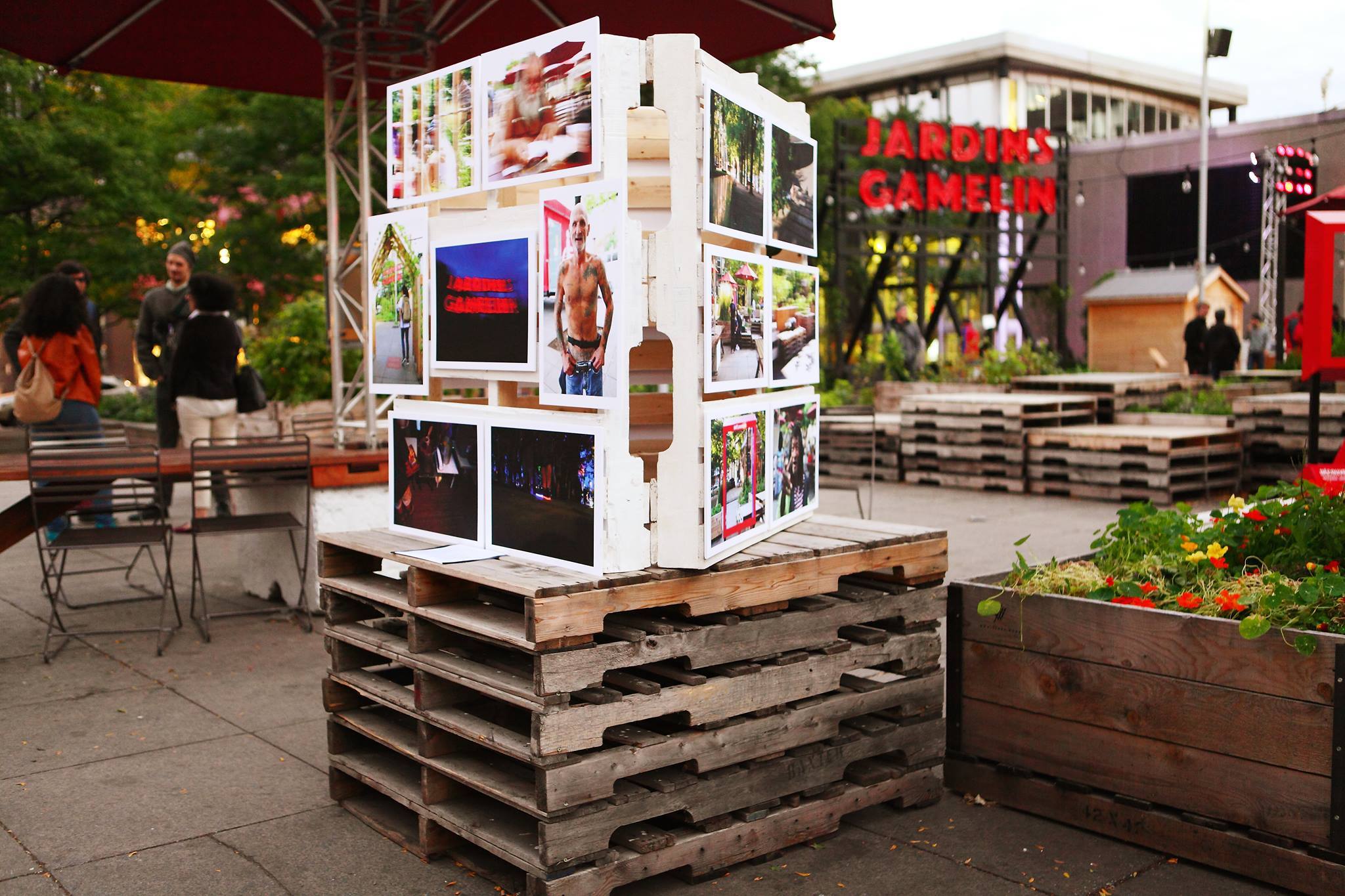 “I want to understand the world from your point of view. I want to know what you know in the way you know it.”

These words from the late James P. Spradley, a leading American anthropologist, could be used to describe the motivations behind an ethnographic project that took place earlier this year in a park at the centre of Montreal.
Nestled between the Grande Bibliothèque, Montreal Central Station, Metro Berri‑UQAM, and a few office towers, Place Émilie-Gamelin is a square of greenery at the very heart of the metropolis. According to Karoline Truchon, Scientific Director of Amplifier Montréal, “It is a microcosm of Montreal.”
Last August and September, a team of ethnographers met with some of the people who regularly gravitate to the park to hear their stories about the area, as well as the vision they have of the city.
The project, called Amplifier Gamelin, is one of the many initiatives of Amplifier Montréal, which has amongst its goals to hear what Montrealers think of their city and what they would like to see developed. The testimonies heard will help philanthropists united behind Amplifier Montréal direct their financial support towards initiatives that meet the wishes and needs of the citizens.

“I’ve been in big cities where it’s really stressful. There is a lot of movement and also a lot of tension between people. Especially in Europe. I just arrived from Belgium and France. With everything that happened over there during the past year, you can feel the social tension between people. Then, when I got back, it was really something, this high level of stress just disappearing. In Montreal, faced with all sorts of people, I feel more serene walking around than in other comparable big cities.”  — Interview with Isabel, August 25, 2016

“When they see our recorders, notebooks and cameras, people often think we’re journalists,” admits Marie-Claude Paradis-Vigneault, one of Amplifier Gamelin’s seven ethnographers. Ethnography differs in that it isn’t seeking a shocking quote or powerful images to provoke a public response, nor must it follow an editorial line. Karoline Truchon’s team purposely chose to avoid assumptions in order to focus entirely on listening
The ethnographers took time to be present throughout, and to really connect with those who frequent the area. “Sometimes it’s enough just to sit down somewhere,” says Marie Meudec, one of the project’s ethnographers. “It’s amazing how people are drawn to us. I’m a good listener, so they can talk to me for a long time. If someone asks me to take some bottles to the convenience store for them, I do it. In ethnography, we live with the people. It’s a long term thing.”
When the person feels ready, the ethnographer conducts a more formal interview. This exchange is recorded and then transcribed and analysed by our team. These interviews are also put on Amplifier Gamelin’s website in nearly unabridged audio and written form. “We want people who visit the site to discover these testimonies and construct their own narratives,” explains Karoline Truchon.

Out of everyone who uses this space, including park regulars, Quartier des spectacles representatives, artists, tourists and community organization stakeholders, a total of 110 people described to ethnographers their particular connection to Place Emilie Gamelin, revealing their underlying values and concerns.
Altogether, this data offers a comprehensive overview of the various points of view surrounding the area, which has undergone significant changes in recent years.

On the agenda: Revitalisation and cohabitation

Since 2015, summers in Place Émilie-Gamelin aren’t what they used to be. In order to revamp the park’s image, which had become associated with homelessness and protests, the Quartier des spectacles mandated Pépinière&Co to design a welcoming space for the population. There is now, at the foot of the metal letters spelling out “Jardins Gamelin”, in a style similar to the famous Farine Five Roses sign, a resto-bar, a garden path, a playground, a stage and a vegetable garden.

“I still think it [Montreal] is the last bohemian, it’s one of the last places where artists can actually have a studio and set up an apartment. But that depends if you have a partner or not. I mean it can be difficult for a single person but it’s affordable in some ways compared to other major cities and I’m quite appreciative of that. And I also find the people quite understanding.” — Interview with Andy Williams, August 18, 2016

This new development of the park’s southern portion is a recurring topic in the interviews conducted by Amplifier Gamelin’s ethnographers. “There’s a tension between Place Émilie-Gamelin and Jardins Gamelin”, says Karoline Truchon, who points out that nevertheless, the interviews reveal reluctance to expel the homeless from the park.
“We’ve noticed some friction in informal exchanges and behavior,” observes ethnographer Méralie Murray-Hall. “Several people use alcohol to protest against this new development”, for example by drinking just outside the terrace’s limits.
According to Marie Meudec, criticism isn’t coming from any one group in particular, but rather from individuals of all horizons, who are at times favorable towards the Jardins, and at other times a little less so.
The complexity of this criticism is actually a salient feature of testimonies gathered by Amplifier Gamelin’s ethnographers. “The rhetoric regarding the park is complex and subtle. It is the organisations who are simplifying it”, notes Karoline Truchon, who plans to undertake similar ethnographic projects elsewhere in the city.
The Amplifier Gamelin team will continue to analyse the many testimonies heard. However, the Scientific Director is already convinced of the following: “People really feel there’s something special about this park. It’s a kind of cocoon from which a new life form is emerging.”
Find more interview transcripts at Amplifier Gamelin.